On a remote Puget Sound island, police chief Bell navigates his job and marriage in the wake of his son’s near-death brain surgery. When his wife no longer wants to tempt the fates of experimental medicine he takes matters into his own hands.

With the help of his spaced-out fisherman friend, Bell kidnaps his boy and sets sail for Guatemala in search of the mysterious Dr. Haas. On the way, they’ll brave the seventh biggest storm, befriend two behemoth fly-fishing Nords, and try to outrun the ex-Navy captain hired by his wife to find them.

In language that flickers with pain, strangeness and wit, Houser explores the boundaries between the possible and the impossible to remind us that while life can be mundane and even crushing, there’s also magic, beauty and hope if you’re just willing to go look for it. 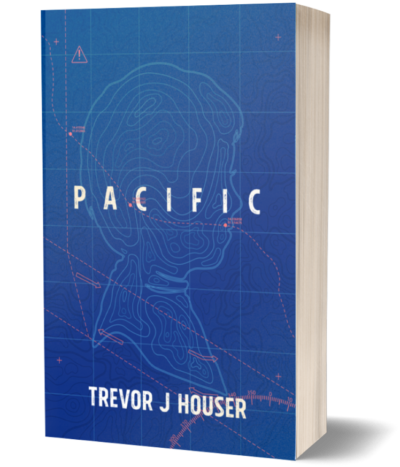 “If you are a father, or know one, Trevor Houser’s Pacific, is a wild, quixotic ride that will challenge your understanding of what it is to be a parent.”
––Larry Colton, author of Southern League and Counting Coup

“Poetic. Suspenseful. And at times darkly comic. Get ready for an adventure in heartbreak.”
–Michael Mazza, author of That Crazy Perfect Someday

“Fluids in this powerful novel connect a child’s brain, the ocean, and a father’s tears. Tom Bell is desperate to find a cure for his five-year-old son’s incurable brain disease as fluids fill his enlarged skull after traditional surgeries failed. He kidnaps his boy and sets off on an Oz-like quest for a cure in the Guatemalan jungle…The harrowing journey is filled with both chilling and darkly comic scenes and characters…The book is poignant, stunningly imaginative, and poetic.”

––The US Review of Books

“A deftly crafted and original novel by an author with a genuine flair for the kind of narrative storytelling style that keeps and holds the reader’s total attention from cover to cover.”

“With mesmerizing descriptions of the Pacific Northwest, Central America, and the miles in between, Houser captures the heartbreak and hope of a desperate parent, while still maintaining a sense of dark humor and playful language that turns the mundane into something mythic. For fans of Denis Johnson, Richard Brautigan and Jenny Offill, Pacific reminds us that there’s magic, beauty and hope in the world, if we’re just willing to go and look for it….”

Snowflakes in a Blizzard

“The History of My Blood: Six Stories”
FRiGG 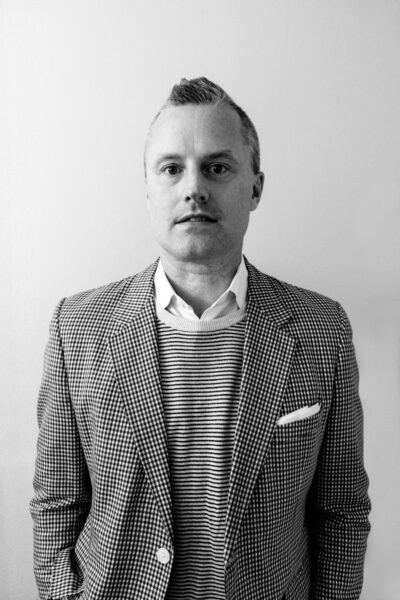 Trevor J. Houser works in advertising and lives with his family in Seattle. He has published stories in dozens of literary journals including Story Quarterly, Zyzzyva and The Dr. TJ Eckleburg Review, among others. He has experience in the international motel industry and private investigation. Four of his stories were nominated for the Pushcart Prize.